O’Shaughnessy leaves a double Olympian in his wake 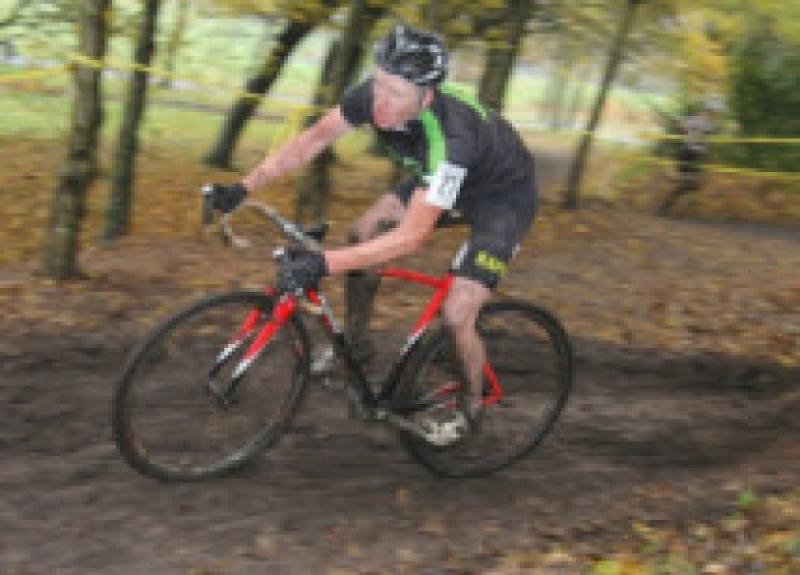 Cuchulainn Cycling Club rider Ray O’Shaughnessy had a great start to 2014 winning the fifth and final round of the Fixx Coffeehouse Cyclocross series.

Cuchulainn Cycling Club rider Ray O’Shaughnessy had a great start to 2014 winning the fifth and final round of the Fixx Coffeehouse Cyclocross series.

What was most impressive was the man he beat for the win, double Olympian Robyn Seymour. Dublin’s Seymour is a 10-time National Cyclocross champion in the last 12 years, losing only twice to Roger Aiken of Banbridge, most recently in January 2013 when Dundalk hosted the National Championships.

In fact, outside of these two defeats to Aiken, O’Shaughnessy is the first man to beat Seymour - excluding mechanicals and mishaps - in Ireland over the last 12 years.

Ray led from the very start but had a group of four riders right on his wheel at the end of the first lap.

As the race wore on Ray and Seymour pulled away from the other contenders with Ray always holding the lead by a mere second or two. As the pair started the 10th and final lap he put on a surge and finally opened a gap over Seymour which he held all the way to the chequered flag.

The win bodes well for Ray ahead of this weekend’s National Championships, being held in Belfast’s Lady Dixon Park. The red hot favourites are, as always, Aiken and Seymour, but Ray’s win moves him into a position as an outside bet for the win.

Ray himself played down his chances saying: “To be on the podium with them two boys would be an honour. There must be seven or eight guys who can get third place; it could be any one of us. There’s a good group of us there battling for that but we all know one mistake and that’s it, someone else will take third.”

Ray comes from a family with a long cycling tradition and has started the last two An Post Rás editions, having an outstanding race in 2012, before a bad accident prematurely ended his 2013 race on stage two.

Having first took part in cyclo-cross two seasons ago this is the first year he has taking it seriously and has been amongst the results since the season started. He is hoping the high end fitness gained from the intensity of cyclocross racing will stand him in good stead when he lines up for the 2014 An Post Rás as part of the Louth team.