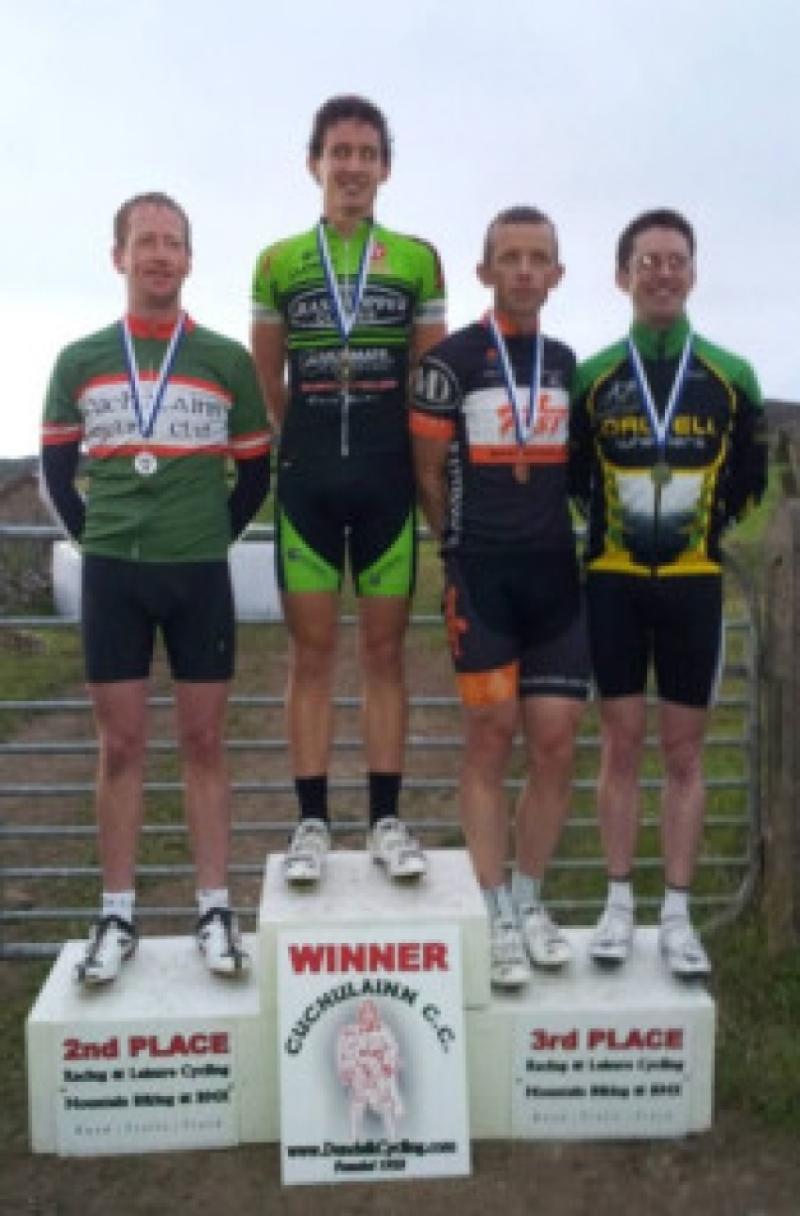 Cuchulainn Cycling Club hosted its last open event of the year with the staging of the Leinster and Louth Hill Climb Championships.

Cuchulainn Cycling Club hosted its last open event of the year with the staging of the Leinster and Louth Hill Climb Championships.

Over 50 riders signed up for the unenviable task of trying to get up the 2km of Jenkinstown hill as fast as possible.

Before the event kicked off the official record for the climb stood at 4:37, set in the early 1990s by then junior rider Alan Bingham.

Fastest on the night and setting a new record for the climb in a time of 4:35 was South Dublin CC rider James Davenport.

The Women’s Leinster title went to Isabel Cogan in six minutes flat, ahead of Bohermeen’s Geraldine Gill and Claire McEntee in 3rd.

The women’s race was a very tight affair with only four seconds separating 2nd through to 5th.

Cuchulainn had a clean sweep of the Leinster Junior podium with Aimhirghin O`Brannagain winning ahead of Nathan McGreehan and Ultan Stokes.

In the Louth Championships, on the podium for the ladies was Breda Dawe, edging out sister Annette by a mere second and Eve McCrystal in 3rd.

The Senior medal went to Ray O’Shaughnessey ahead of Colm Quinn, with Thomas McCabe in 3rd.

Also in action recently at the Junior National Track Championships was Lisa Neary, winning a bronze in the 2km Pursuit and backing that up with another bronze medal in 12 lap scratch.

Lisa also competed in the 500m time trial, where she missed out on a 3rd medal by less than three seconds.

Another lady from Dundalk going well is Eve McCrystal, who has been selected for the Leinster team for the upcoming international stage race the An Post Rás na  Ban.

The four day event features six stages in and around Ennis, Co Clare and attracts some of the best female cyclists from across Europe.

Finally, the club will be running its annual overnight trip on October 5 to Monaghan. Details can be found at www.dundalkcycling. com.