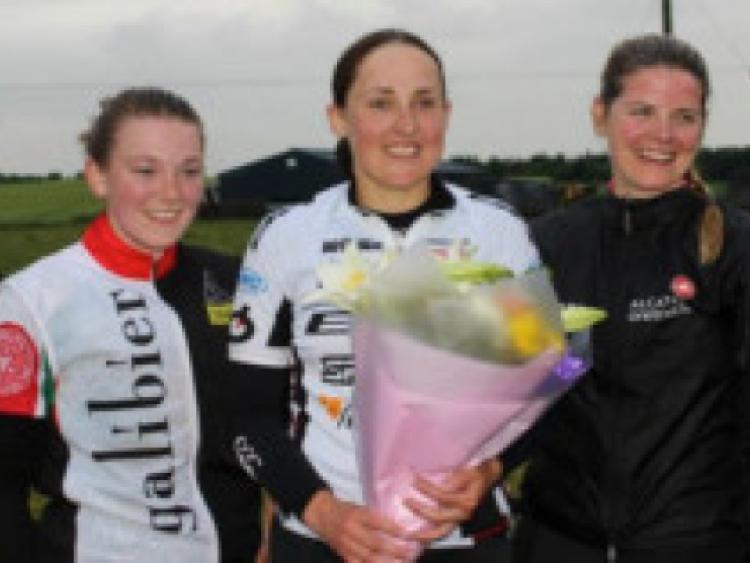 With the summer sunshine and occasional rain, the racing continues to come thick and fast in Dundalk.

With the summer sunshine and occasional rain, the racing continues to come thick and fast in Dundalk.

With the National Championships kicking off this coming Thursday, June 20, the club hosted yet another warm up event by staging the Leinster 25 mile Time Trial Championships.

The event used the same course which will feature in the Nationals on the 20th, when defending champion Michael Hutchinson of Carrickfergus will be favourite to repeat his success of a year ago.

He will however face stiff competition in the form of the Leinster champion Bryan McCrystal who was winner on the night with a 54:04 for the distance.

Runner-up was his Louth team-mate Colm Quinn, just over a minute back. Third spot went to Newry’s Kevin Lynch, however is was Con Collis of UCD who claimed the Leinster bronze.

Eve McCrystal went agonisingly close to breaking the mythical hour for the distance in winning the women’s event in a time of 1 hour and 24 seconds.

Brendan Cummins of Sorrento was the winner of the Vet’s title ahead of Cuchulainn’s Gerry McCabe. The club did claim another gold medal with Jordan Flood taking the Junior Gold.

The club also recently promoted the women’s Louth Road Race Championship and it was Gretta O’Connor who took the win. Gretta attacked some 5km from the line and used her time trialling skill to power away from the rest of the field.

Behind the large chasing pack were sprinting for 2nd, with Celine McPhilips just edging out underage rider Lisa Neary into 3rd. This was a phenomenal result for Gretta as she is a relative newcomer to road cycling and beat out more experienced competitors to take the win.

In the FPM Accountants Summer Cycling League after seven rounds Bryan McCrystal continues to dominate, with a nine point lead over Stephen Carry in the league table, with Aidan Leonard a further two points back. McCrystal was the winner of the most recent round of the league ahead of Alan Bingham in 2nd and Stamullen’s James Flynn.

Meanwhile in the A League Ultan Stokes was first home ahead of Shaun Paul O’Shaughnessy in 2nd and 3rd placed Stephen Carry. On the leader board after the first three, there is 15 riders all within five points of each other.

As the year moves into the holiday season it really is consistency that wins the event, with holidays meaning riders are often missing a few rounds and then take a few weeks to find form when they return. With months to go yet, it is still all to play for.