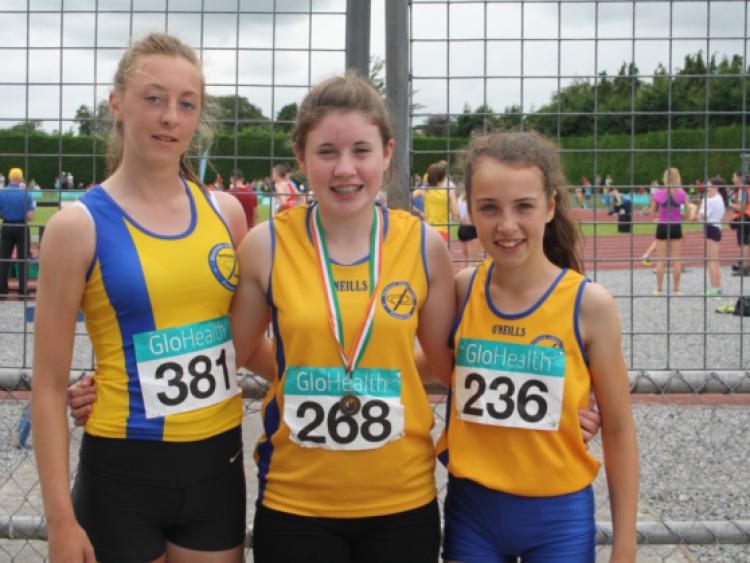 Leo MacRuairi put up one of the great performances for Blackrock AC athletes when he stormed to a brilliant win at the star studded national finals of the Community Games staged in Athlone IT last week.

Leo MacRuairi put up one of the great performances for Blackrock AC athletes when he stormed to a brilliant win at the star studded national finals of the Community Games staged in Athlone IT last week.

But what drama Leo had to survive! Having coasted through his first round heat in the U10 Boys 60m Hurdles, Leo was running comfortably in the second semi-final when he clouted the final hurdle and stumbled badly.

It appeared to put him out of contention, but Leo would not go down. He stayed on his feet and fought his way back in the 15m run-in to nick a precious 4th place which booked his berth in the final.

In the final, all went swimmingly for the unflappable Leo. There were no errors this time. He jumped beautifully, and though it was a hard race against the best of the other county champions, Leo’s blinding speed won the day and a prized national gold medal to show off.

And well done also to Gina Akpe Moses. After a stellar year which culminated in Gina, national champion at 100m and 200m, being capped for Ireland, the Blackrock AC girl continued her dominance of Juvenile sprinting by winning another great gold medal in the U16 Girls 100m.

The Blackrock AC medal haul was not over at that. Kelly Breen and Shauna McMahon won super All-Ireland golds as pivotal members of the Louth U14 Girls 4x100m relay team, along with Maria Smith and Patience Jumbo Gula.

The McMahon sisters relay medalists, Shauna and Aoibhinn, who had also medalled a few weeks earlier in the Athletics Ireland National Championships, also led the Blackrock charge at the Louth Open Sports Setanta Games held a t the Bush Track on August 17.

Whilst Shauna had a won a fine All Ireland Silver in the U15 Shot Putt, Aobhinn had broken the Championship record when becoming Irish Champion in the U12 Girls Turbo Javelin.

At the Setanta Games, Aoibhinn hammered the opposition with another gigantic throw for gold in the U13 Girls Shot Putt.

The big winners at the Setanta Games were the Reilly family. Starting with wee Grace’s excellent fourth in the U8 Girls 200m, the family struck gold when the very promising Sean skated home for a big win in the U9 Boys 200m.

But there was even more excitement to come for the Reillys and Blackrock. In a ding dong battle between clubmates, the lightning fast Hannah Reilly just pipped her great pal Sarah Clarke for gold in the U13 Girls 100m. Thanks for the excitement, girls.

The family traditions continued with the indefatigable O’Briens who have been shovelling up the medals over the last few years. They had four contestants, and each took home a medal.

Eoghan continues to catch the eye, and showed the great strides he is making when he won two medals at U8, silver in the 60m and bronze in the 200m.

And brother Fionn took another Shot Putt medal for Blackrock with a great silver in the U13 Boys, whilst Aoife ran a characteristic blinder to take silver in the U12 Girls 300m. The icing on the cake was coloured gold when young Ciara stepped up with a huge throw to top the podium in the U11 Girls Turbo Javelin.

Blackrock’s celebrations were not over yet. Some of the best wine was uncorked at the end of the day when rock of the team Kelly Breen put up another vintage run against the best that Louth and Meath could serve up.

Running a measured race in the U14 Girls 500m, Kelly stepped up the pace over the last 150m to draw away for a highly deserved gold for Blackrock.