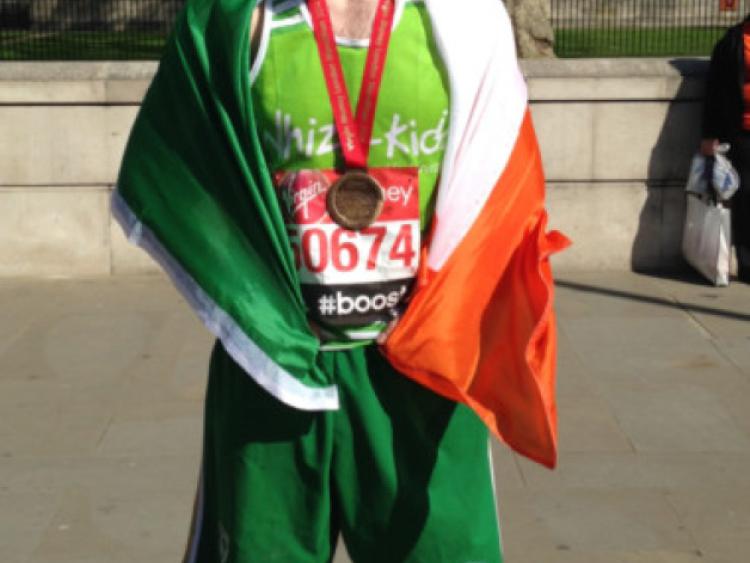 Ryan was running in aid of Whizz-Kidz, a charity aimed at improving the quality of life for disabled children and young people in the United Kingdom, as it is one which is very close to his heart.

Currently a primary school teacher in Bradford, he experiences first hand the difficulties that those who benefit from the charity can face and was blown away by the level of support he received given that he raised over £1,500 for the cause..

“I was completely overwhelmed with the level of support and people have been very generous,” he said. “The reason I chose Whizz-Kidz is because I am a teacher and I work in a very deprived area.

“We get a high proportion of disabled children in our school and the majority of them cannot afford a wheelchair. I have seen the differences activities and electric wheelchairs have made to these children’s lives first hand and it has been amazing.”

Conroy’s efforts were all the more extraordinary when you consider that he underwent an operation on his hip last year but he still found the strength to recover and compete.

Originally from O’Hanlon Park, before moving to the Point Road, Ryan has been away from home for approaching 10 years. During that time he also worked in the United States for four years with the MLS (Major League Soccer).

The idea for running the marathon came from a friend and although he admitted that the training was strenuous, it was all worthwhile when he crossed the finish line.

“I had an operation last year on my hip to reduce the size of the bone as it was too big and wearing away at my hip,” continued Conroy. “I was on crutches for about two months which really motivated me to do the run and I was also lucky that my other half is a physio so she could help me with rehab and that kind of thing.

“I have been training since December and there was a lot of running in the dark, rain and snow! “The hardest part was finding time and motivation after work for longer runs. When the weather eased off, it was nicer for training.

“I would train five times a week, starting off short and building up the distance as the time went on. I also had to stop playing football about a month before in case I got injured,” he added.

It is also a double celebration for Ryan given that he celebrates his 30th birthday on Easter Sunday. To celebrate, he is holding a small party in his house on the 19th and he has invited everybody  to drop in!