Five of the best for St Peter’s crew 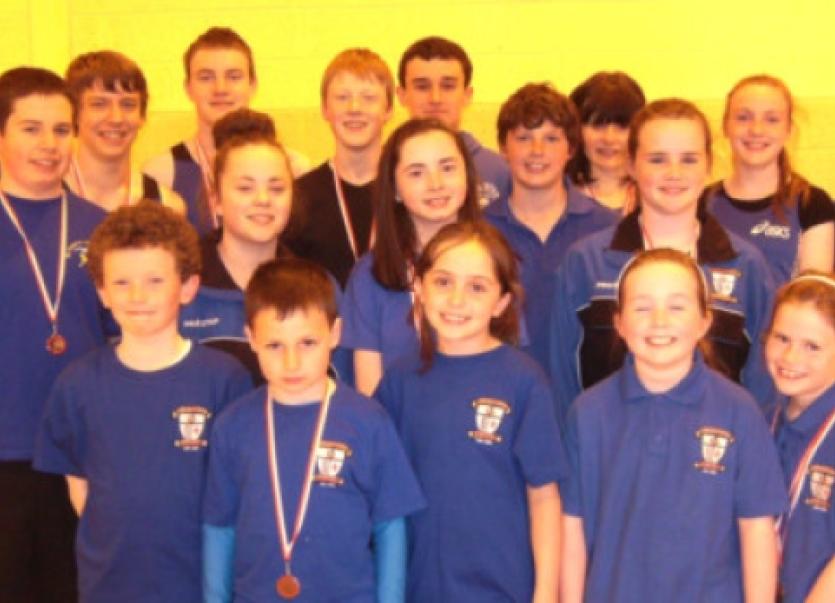 Despite being hampered by a hamstring injury, Chloe Finley (Bush Post Primary) still emerged victorious the Under 16 Long Jump (5.06m). The medal count was completed by Niamh Fussey (Scoil Uí Mhuirí, Dunleer), who clocked a PB of 16.08 when finishing 2nd in the Senior 100m Hurdles.

Heather Rogers (Greenhills) rewrote her Shot Putt PB when she threw 8.64m for 6th place in the Junior (Under 15) category and she was also in action in the High Jump (1.35m). Liam Fussey (Scoil Uí Mhuirí) was another thrower in top form, as he set a new PB of 38.85m in finishing 6th in the Intermediate Javelin.

The club’s U14 4x100m relay team of Ava Brennan, Emma McDermott, Katie Murphy and Marie Claire Rogers broke the one minute barrier in finishing 2nd in their heat in the Relay Championships in Greystones. Their time of 59.35 saw them just missing out on a place in the final as one of the fastest losers.

Margaret Finley has been in excellent form recently and this was further evidenced by her clocking of 1:02:20 in the 12.5km race in last Friday night’s Cooley Coast Run. This left her in 2nd place in the Over 40 Women’s category, and in 9th place among all the female finishers.