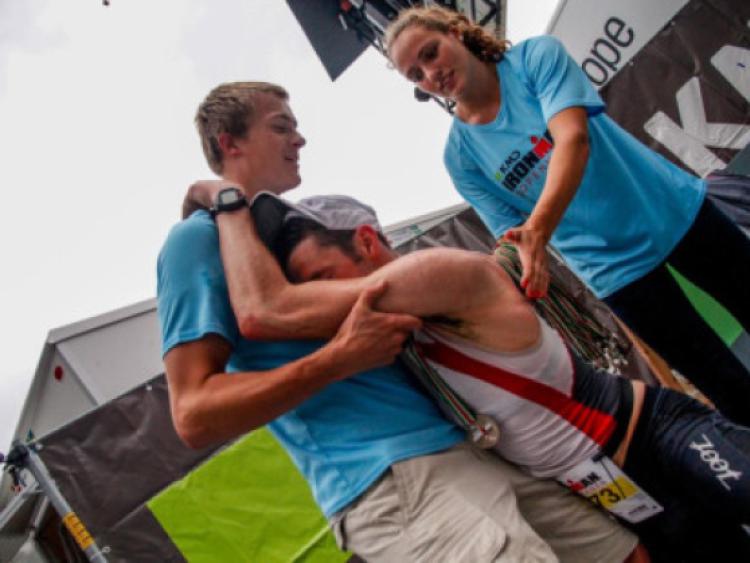 Dundalk’s Liam Dolan travelled to Copenhagen, Denmark on August 18 to compete in the third running of the Ironman Copenhagen race.

Dundalk’s Liam Dolan travelled to Copenhagen, Denmark on August 18 to compete in the third running of the Ironman Copenhagen race.

Dolan is no stranger to races of this length, having previously set a new Irish record of 9:02 back in 2009, when he first attempted a long course triathlon in Austria.

Since then the record had been lowered to 8:50, also set in Austria in 2011 by Derry’s Martin Muldoon.

Dolan started the day with a good swim, exiting the water of Denmark’s Amster Stall in 67mins and quickly set out on the bike.

The course saw the athletes tackle two laps in and around the north of the country, with a mixture of flat roads and a couple of rolling hills.

Despite the high winds on the day, he finished the bike having averaged an incredible 25mph, taking 4.5hrs.

The runners were quickly laced up for the daunting challenge of a full marathon in and around the iconic city.

At this stage the strong winds were replaced by rain but this did not dampen the atmosphere with the huge crowd.

Ticking off the miles at a steady seven minute pace Dolan moved up the field, cheered up by a number of Irish fans scattered throughout the course.

No training can really stimulate the feeling of still having 10 miles to go after having been on your feet for eight hours of non-stop swimming, biking and running.

But Dolan dug deep to complete the marathon segment in three hours flat, to get him home in 8 hours 45mins.

This time saw him finish up in 15th overall as 3rd amateur and knock five minutes off the old Irish Ironman record.

The result was good enough to qualify for the World Championships held in Hawaii every October, an event he has competed in three times previously, but on October 11 he will be swapping the lycra for a proper suit when he marries Annette Dawe of the Avenue Road