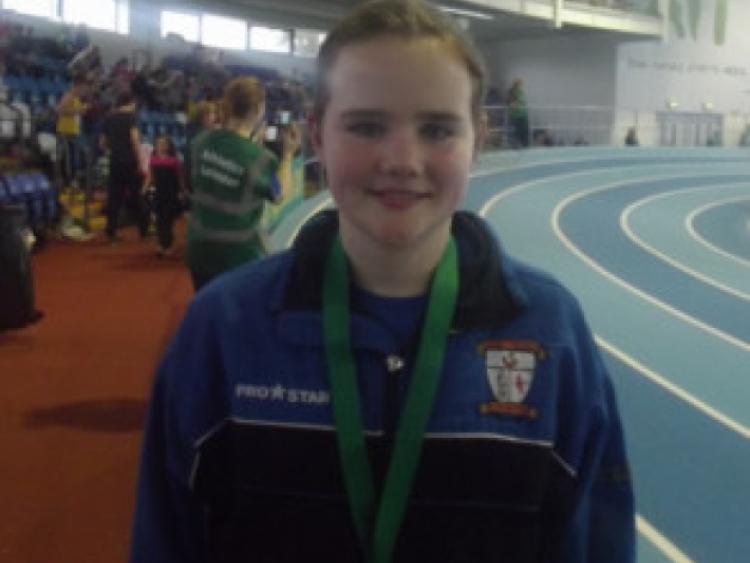 The Leinster Juvenile Indoor Championships for the U12 to U19 age groups were staged last Saturday and Sunday in Athlone.

The Leinster Juvenile Indoor Championships for the U12 to U19 age groups were staged last Saturday and Sunday in Athlone.

It proved to be a very successful weekend for St Peter’s AC, as the Dromiskin-based club’s team of 16 athletes won five gold, four silver and one bronze medal, and also recorded no fewer than six 4th place finishes.

Katie Murphy got the weekend off to a great start on Saturday when she smashed the championship best performance with a putt of 10.92m to win the U13 Shot. Katie was back in action in the 60m on Sunday, in which she reached the semi-finals after registering a time of 9.11 in her heat.

Three more shot putters just missed out on the medals, as they finished in 4th place in their respective events. These were Martin McGrane (11.16m) and Heather Rogers (8.61m), both at U16 level, and Eamonn McManus (9.65m) in the U18 age group.

All the medallists have now qualified for the Irish Juvenile Indoor Championships, which will be staged in Athlone over the two weekends either side of Easter.