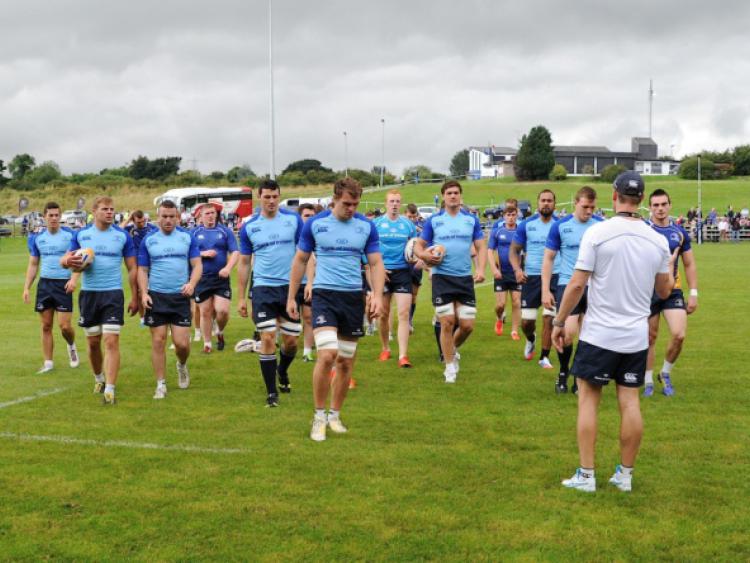 A conservative estimate of 2,500 people descended on Dundalk RFC on Thursday in what was one of the best attended Leinster training sessions to date.

Both sides of the senior pitch were thronged with people, with fans coming from far and wide to watch the Leinster stars train.

Indeed a full crowd management company had to brought in just to deal with huge numbers of fans that turned out.

The out-half quartet of Jimmy Gopperth, Ian Madigan, Cathal Marsh and Noel Reid accompanied Skills & Kicking Coach Richie Murphy ahead of the squad arrival a little after 10.30am and the squad broke into various sections with the team due to start against Ulster refining moves, while the Ireland internationals and British & Irish Lions participated in their own pre-season training programmes.

Dave and Rob Kearney joined the rest of their team-mates in signing autographs and posing for photographs after the session.

This was the latest in a series of recent pre-season provincial visits which has now seen the Leinster squad trainin numerous spots across Leinster.

SEE TUESDAY’S DEMOCRAT FOR THE PHOTOS FROM THE DAY