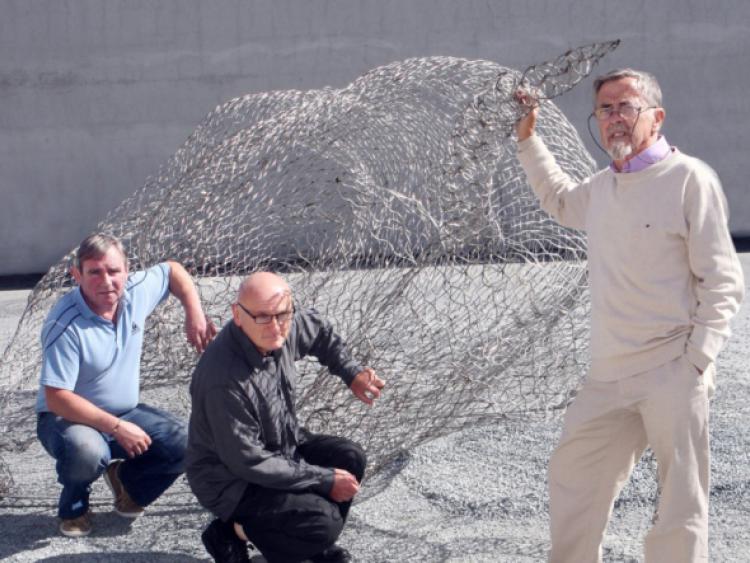 The popular roadside sculpture of the Bull of Cooley has disappeared.

The popular roadside sculpture of the Bull of Cooley has disappeared.

The sculpture, which was based along the N1/A1 motorway at Balriggan, Ballymacscanlon, was voted one of the three most popular roadside works of art in the country.

It was created by the talented artist and sculpture Micheal McKeown from Blackrock and is one of several made by Micheal which are bases throughout the country.

The sculpture was removed by Louth County Council after it was damaged by thieves attempting to rob it.

The Bull is broken in several places, distorted and out-of-shape, but unlike Queen Maeve, the thieves didn’t manage to steal it because it was welded to its foundations.

It will now be rebuilt and restored to its former splendour.

A series of steel chains were interwined through the sculpture. These were the brainchild of Pat Maguire, an engineer, who helped Micheal make the sculpture.

“Trying to steal the sculpture was an act of appalling stupidy,” said Micheal, “as the steel rods have little value as scrap.

“But it is a sad reflection on the times we live in when mindless gangs and thieves are roaming our roads intent on destroying public and private property.

“Several pieces of valuable bronze sculpture have been stolen from around the country in recent times. And scrap dealers should not be aiding and abetting these thieves.”