T2: a nostalgia fueled rerun of a classic from 20 years ago 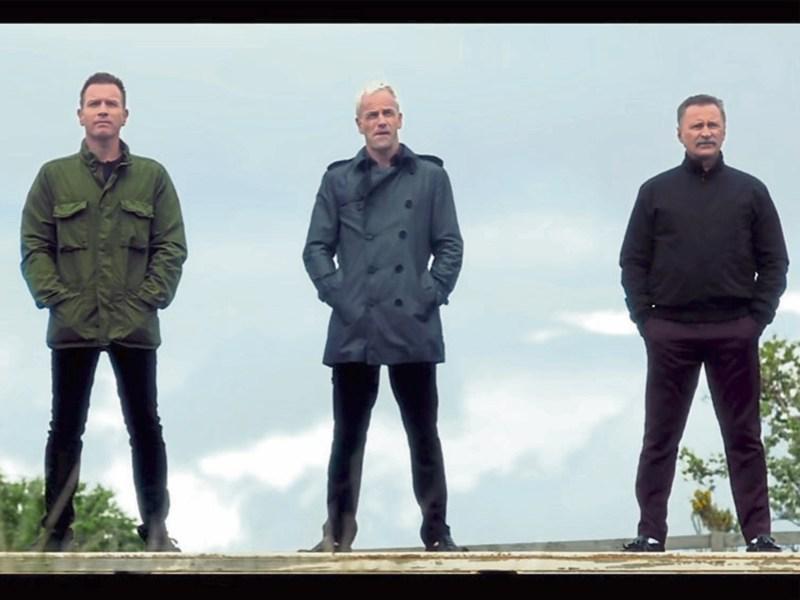 As I await the release of my new film Lost in France, which you all know I love to shamelessly plug here, my mind has turned to the thematic concerns of the work.

As the film deals with a distinct period in the past, namely a trip taken by musicians in the mid 1990’s, and proffers a 'return to the scene of the crime' type scenario, I have been thinking about the idea of nostalgia and what exactly it means. Is it a fondness for the past? A rose tinted view of what’s gone before? A longing to be back in the past? All of these and more? Or none of the above?

Thankfully, unlike in said past when people had to be educated, well read and somewhat informed about the world they lived in, we now live in the age of the idiot and a quick Google search spits up this answer for me:

A sentimental longing or wistful affection for a period in the past.

"I was overcome with acute nostalgia for my days at university"

"There is a nostalgia for traditional values"

Something done or presented in order to evoke feelings of nostalgia.

"An evening of TV nostalgia"

Nostalgia has a bit more bitterness to it than pure sentimentality. Sentimentality relishes the recollection of good times, whereas nostalgia is tainted by a belief that everything would be better if the person could just go back to those good times.

Another reason I am pondering this word today is that I’m pretty sure I spent my weekend steeped in it, or rather someone else’s nostalgia that I was privy to but do not actually share.

I am, of course, talking about the sequel to Danny Boyle’s Trainspotting, which goes under the subtle title of: T2 Trainspotting.

Usually with most sequels audiences are expected to have at least passing knowledge of the original film, and there can’t be many people out there who have never watched Trainspotting, such was the cultural imprint it left when it first landed in 1996 with the coolest soundtrack this side of Goodfellas and a shocking script about a charismatic group of Edinburgh’s Junkies.

T2 is a different animal from your run of the mill sequel. Rather than being any kind of standard sequel, T2 is, for all intents and purposes, a rerun of the original film, a sequel and a prequel all rolled into one. It’s your cake and you are eating it too. It’s all here for you to enjoy, enjoy and enjoy again.

Just like before way back when things were better: Renton and Sick Boy being chased by police down the street, Renton getting involved with a young woman he really should not, betrayal, betrayal and more betrayal, Begbie being Begbie, the same songs from the first film, (we get playful blasts of Iggy Pop’s Lust for Life and Underworld’s Born Slippy amongst others), we even get an updated Choose Life monologue with added Facebook and Twitter, here is a film which wallows unashamedly in the past, reliving it over and over.

It could and should be argued that we have for some time now lived in a culture which has idealised the past. It is a natural inclination of human beings to look fondly over one’s shoulder and to see nothing but gold, those simpler times before the awful uncontrollable and scary present.

T2 doesn’t just turn around for a good gawk, it grabs the past and drags it screaming into the present. The script here by John Hodge never hides from its latent nostalgia and wears it on its sleeve proudly. “Nostalgia: that’s why you are here … You are a tourist in your own youth.” So says Sick Boy to his returned friend Renton. If he is indeed a tourist, then he is not alone; everyone in the cinema is along for the ride.

We get flashbacks that delve back to the first film and ones that jump back to before that film to give us a kind of origin story.

Though nostalgia does carry somewhat negative connotations, it would be wrong to label this as a poor film, the performances from the cast are, as one would expect, uniformly brilliant.

McGregor is great once more as Renton, Miller is the damaged Sick Boy hoovering up cocaine to get through the day, Spud is as lost as ever if not more so and Begbie is the ball of violence that Begbie always was and always will be.

Danny Boyle as usual does a solid job directing and, though the characterisations remain fully realised, what has not been is the script. The distinct lack of narrative action and actual story is the real undoing here, far more so than any love affair with the past. The script is disappointingly very light on any actual momentum.

What plot there is plays out almost reluctantly: 20 years after the previous film, Renton returns to Edinburgh after suffering a heart attack in his adopted Amsterdam.

It is the first time he has returned since he betrayed his friends and stole 16 grand from them and he is intent on making amends, Spud and Sick Boy while trying to avoid the lunatic Begbie.

Though the film spends too much of its time looking backwards, there is plenty for fans of the original film to enjoy and perhaps that’s all anyone should have expected.