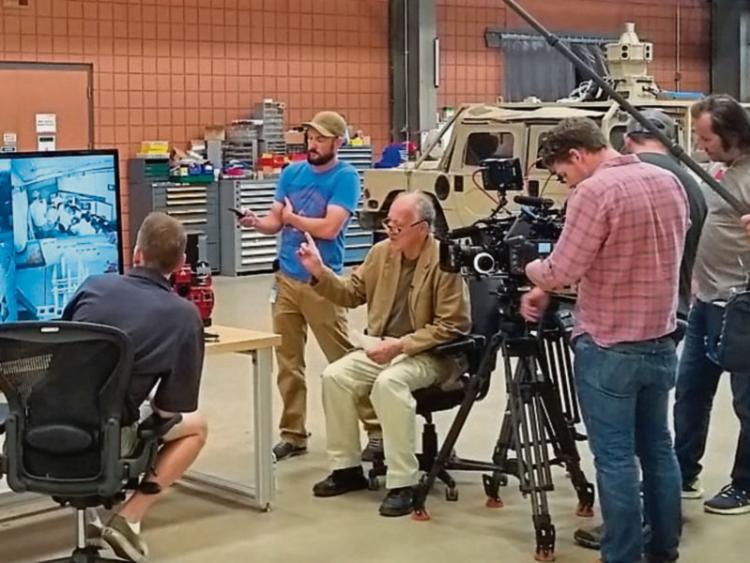 After years upon years of resistance I finally broke, gave in and decided to "upgrade" my mobile from an old Nokia brick that could barely make calls or receive and send text messages, for an iPhone which can do just about anything like check my emails, bank balance, make my dinner and presumably change my underpants.

Once upon a time I was free from the clutches of the Internet, free from its needle like claws which seek to sink into my very make up and get me hooked.

Hooked on too much information, into a fake world of convenience, a digital world, tricking me into thinking that social media is a necessary component of life rather than an echo chamber of our own creation which has resulted in the end of critical thinking, the end of reliable news, the dawn of the non-expert and the awful rise of Trump.

There is something strange about being from a generation which was born before this age of the instant everything. When I started college my parents had a computer in the living room which had a dial up modem, you would have to sit for literally years to even connect to the web.

In hindsight what a wonderful world that was. Now I find myself checking emails constantly just because I can. Checking Facebook 100 times a day, checking the news over and over to see if the headlines have changed, I have even become obsessed with the weather, and not just weather where I happen to be, but weather at other parts of the globe, New York, Berlin, Istanbul, it’s all there at my fingertips and I just can't resist.

I sometimes console myself that at least I'm aware of my addiction, I am aware yes, but unable to extricate myself from the digital world around me because the digital world is now the material world, we are living in a new age and it is living through us. It's work, it's banking, it's shopping, it's your social life, it’s conference calls, it’s political campaigning, it's your best friend, it's your worst enemy, it’s a lover, it’s a friend, it’s got all the answers. It's everything and nothing all at once.

For anyone who doesn't know what I mean and even for those who do you could do worse than watch Lo and Behold, Reveries of the Connected World, a documentary from the ever brilliant ever bonkers Werner Herzog which is currently streaming on Netflix but for anyone who doesn't have an account with them it is easily available online (Contradictions abound).

In this film which was released in the latter part of last year, Herzog, the self-declared luddite, who doesn’t own a mobile phone, delves into the world of the Internet, of AI, of this fresh hell which surrounds us, or at least that’s how Herzog wants us to view it and who am I to argue with the great man.

We immediately know we are in Herzog country from the off when he, somewhat hilariously, describes a pretty normal looking corridor one might find in any university as “repulsive”. One gets the impression that we are about to go on a descent into some omnipresent evil, but Herzog’s film manages to be more balanced than simply a picture of decay and impending doom, though the film is often deeply troubling and disturbing.

Broken into 10 chapters the documentary takes the form of a loose-limbed look at the world wide web, it’s history and its possible future(s), each chapter deals with a distinct theme or subject branching off from the original starting point: the creation of the internet in UCLA’s Boelter Hall in California, in a room off the aforementioned “repulsive corridor”.

As always Herzog is an enjoyable companion to have on this journey. He is as ever an inquisitive and humorous interviewer and his unique worldview always informs and raises a smile, making us think of ideas one would not normally perhaps think of. Though we never see him, Herzog’s comments from behind the camera show an eagerness to learn and to understand this new world we are all connected to.

As is his want Herzog likes to push the more terrifying aspects of this interconnected world, a chapter which discusses the possibility of a massive solar flare from the sun which would destroy the internet in a matter of seconds plunging us all into a world of chaos and mayhem wherein human beings would be reduced to a base animalistic state (literally) all hell would break loose, we are told, resulting in a total and utter breakdown of society. As one expert in the film puts it: “most people on planet earth would be wiped out”. And all I wanted to do was send a tweet!

Next we meet a family whose daughter tragically died in a horrific car crash and within hours of this event as her family tried to process the awful news, they had been sent pictures via email of her decapitated body and then subjected to a horrendous and prolonged campaign of trolling which mocked their loss, grief and pain.

While their story is deeply shocking, it is also grimly familiar sounding and not really surprising.

The internet allows people to behave without any sense of probity or responsibility and often results in bullying, allowing people to showcase the very worst aspects of themselves and humanity.

As the mother of the family puts it, she now thinks the internet is “the antichrist itself” filling everyone it comes into contact with “evil”.

Herzog does give us some glimpses into the positive aspects of this wireless world, such as space travel and colonisation, self-driving cars, robotics etc. however all these things too seem to also have the potential for disaster and help herald our own demise and it is the film’s warnings that will remain with you after you have watched it.

As Herzog brilliantly asks his various interviewees near the end of the film: “Does the internet dream of itself?”

One thing this film makes clear is that while we may have dreamt up the internet, the dream could very easily be turning into a nightmare.