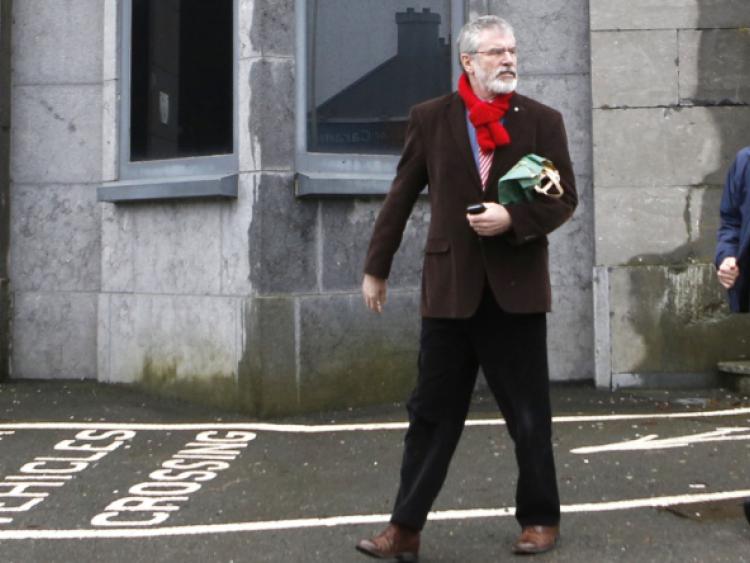 Louth based TD and Sinn Fein President Gerry Adams is still being held in Northern Ireland following his arrest by detectives investigating the notorious murder of Belfast mother-of-10 Jean McConville.

Mr Adams, who has vehemently rejected allegations made by former republican colleagues that he had a role in ordering the IRA killing in 1972, voluntarily presented himself for interview at a police station in Antrim.

No-one has ever been charged with the murder, but after years without progress in the criminal investigation there have been a series of arrests in recent weeks.

A veteran republican - 77-year-old Ivor Bell - was charged in March with aiding and abetting the murder. Five other people have been detained and questioned.

Mrs McConville was dragged away from her 10 children, executed and buried at Templetown beach.

The former West Belfast MP was detained last night after voluntarily presenting himself for interview at a police station in Antrim.

Before being arrested Deputy Adams released this statement: “Last month I said that I was available to meet the PSNI about the Jean McConville case. While I have concerns about the timing, I am voluntarily meeting with the PSNI this evening.

“I believe that the killing of Jean McConville and the secret burial of her body was wrong and a grievous injustice to her and her family.

“Well publicised, malicious allegations have been made against me. I reject these.

“While I have never disassociated myself from the IRA and I never will, I am innocent of any part in the abduction, killing or burial of Mrs McConville.

“Sinn Féin has signed up to the Haass proposals for dealing with the past. While I also respect the right of families if they wish to seek legal redress there remains a huge onus on the two governments and the political parties to face up to all these issues and to agree a victim centred process which does this.”