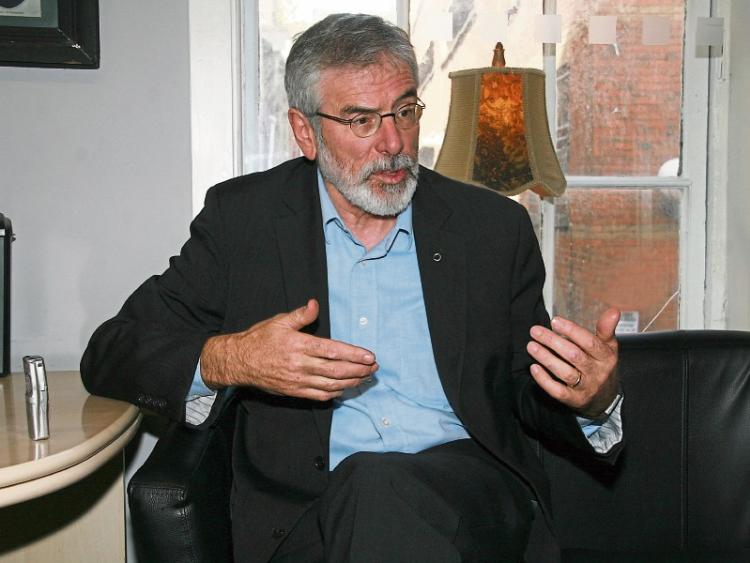 Sinn Féin President and Louth TD Gerry Adams, has urged the government to ensure that the final National Planning Framework plan pays particular attention to future plans for border counties such as Louth.

Sinn Féin have made a wider party submission, as well as many more localised submissions to the final consultation process of the NPF2040 plan, including plans for Louth.

“Having a long term vision for the growth of the island is vital. It is particularly important in border areas like Louth which has been marginalized from a socioeconomic and investment perspective for many years.

"Louth has also suffered as a direct result of an imposed border.

“Large border towns like Dundalk will bear the brunt of the looming impact of Brexit in terms of investment, infrastructure and transport.

"Towns like Drogheda with a large urban population have been historically overlooked for greater regional investment in favour of Dublin centred competition."

“The 2040NPF plan must learn lessons from the National Spatial Strategy 2002-2020 failures, in terms of regional development for counties such as Louth.

"An all-island approach is of particular importance in recognising and developing the needs of border counties such as Louth.

“This submission I have made compliments the submission made by my colleague Imelda Munster TD and our County Councillors. Our submissions set out key points particular to Louth which must be included in the NPF2040 plan”.